The SuperEnalotto had it’s origins back in the 1950’s in Italy and eventually became “Super” in 1997. The jackpots are among the largest in the world, yet the odds of winning are among the lowest, giving players a shot at over €100 million Euros. The largest jackpot ever was €177.7 million, split among 70 winners, and the biggest single payout was €147.8 million won by a single individual player.

Sisal SuperEnalotto is drawn 3 times a week, on Tuesdays, Thursdays and Saturdays and to win you must match 6 numbers out of 90 for the biggest prize, or as low as 2 numbers for the secondary prizes. There is also a “Jolly” number for an additional chance to those players with 5 correct numbers. In addition to that, there is a “SuperStar” number which costs extra, but can increase your prize by as much as 100 times! Can you imagine what you could do with all those winnings? The sky is the limit!

Ready to try your luck? 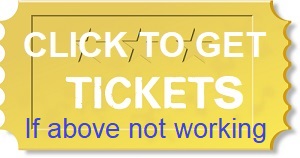